The Future Foundation (Vol.1) HC
Superman/Batman: Worship HC
5 very good reasons to punch a dolphin in the mouth : (and other useful guides)
Let's get it on : The making of MMA and its ultimate referee
Posted by Monster of the Week.com at 7:39 PM No comments:


A fun convention with the ability to interact with the creators in a more personal, less-heavy traffic convention compared to San Diego Comic Con. Attendance seemed a little lower this year than last year with the possibility of the Con being held after Halloween this year and also not being part ofa  "Zombie Walk" that Long Beach held last year to try and break a record.

A few non-returning creators such as David Finch, Bob Layton, etc. also meant a few less artists to drive fans on attending both Saturday and Sunday. My eye spotted less buyers as well unless a booth had 50% off trades or the one 50 cent back issue booth which stayed packed.

Purchasing your tickets in advance allowed you to get a free copy of Creator Owned Heroes by Jimmy Palmiotti and Steve Niles with a special Long Beach Con cover by Amanda Conner as well as a 30 minute early admittance to the convention on Saturday.

A. The convention and cosplayers.

B. The Artists & Creators 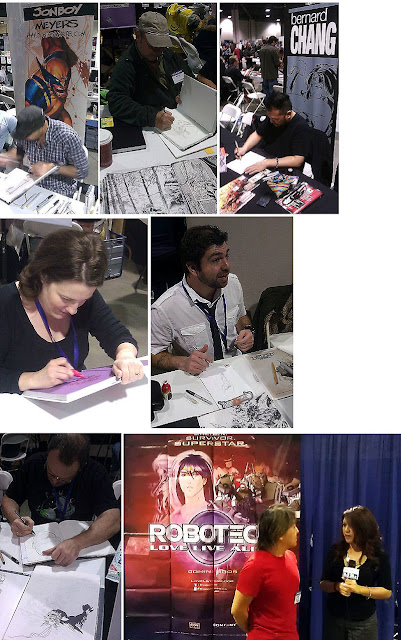 Posted by Monster of the Week.com at 4:25 PM No comments:

Here's my quick recap and "photo" report from this past weekend's "Stan Lee's Comikaze Expo" for 2013.

A lot bigger than last year's "parking garage" set-up at the LA Convention Center from 2012. More A-list comic creators such as McFarlane, JS Campbell, McKone, Tony Moore, etc. from 2012 which continued this year with Marc Silvestri, J. Scott Campbell, Chris Burnham, Joe Jusko and others as well as the usual mid-tier celebs hawking expensive autographs.Captions will be listed in semi left-to-right reading order.1. The lines and entry to the event.

Parking was a lot easier if you got in via the back of the center. Long lines for pre-purchasers, heard almost that it stretched half-way around the convention center outside in one of the hottest days of the Summer in LA.The security lines got long, but still, the con-goers were cool and didn't cause any issues with the waiting.Images of the main stage during the masquerade contest.

2. The comic creators and artists!
1. Jason Scott Campbell. Selling prints and sketch books. Commented on my Deadpool Kills the Marvel Universe reprints with his cover that it was the first time he's seen it out.
2. Amy Mebberson doing some cute Disney art commissions.3. Marc Silvestri doing an interview. Super-long wait since everyone and their dogs wanted a photo with him. So many statues signed.4. Joe Benitez getting his Lady Mechanika books ready.5. An artist doing a really super-fast robot sketches, Megatron.6. Transformer artist Livio Ramiodelli. 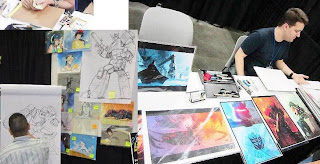 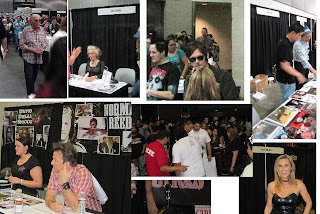 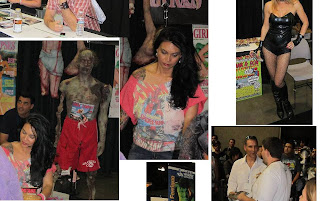 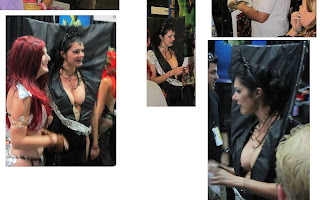 4. And now the cosplayers. 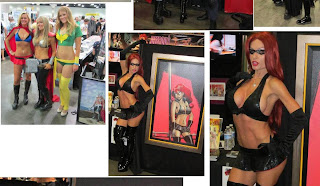 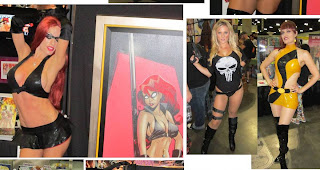 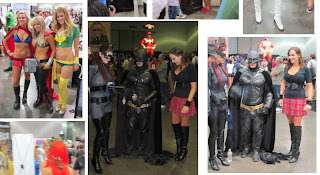 That's all folks. Enjoy!
Posted by Monster of the Week.com at 10:17 AM No comments: