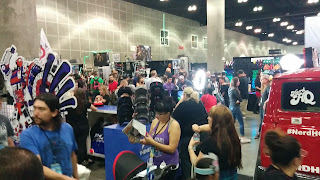 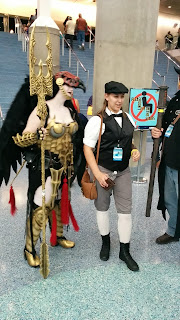 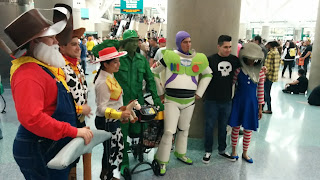 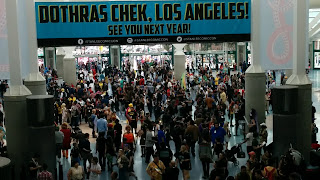 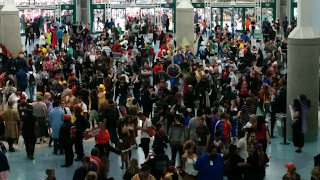 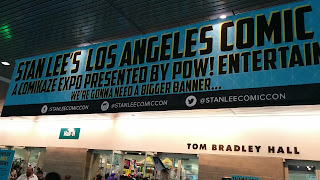 The event’s humble beginnings began in 2011 when young entrepreneur Regina Carpinelli and her brothers saw a need for an annual comic book convention in Los Angeles. Its incredible inaugural success turned it into something much more “than your friendly neighborhood Con” when Stan Lee’s POW! Entertainment joined as a partner in 2012.

Not only have the fans responded by growing in attendance by at least 20% each year – so too have the exhibitors and special guests. Luke Cage’s Mike Colter joined this year’s event, along with Adam West, Alan Tudyk, Mike Tyson, Lance Henriksen, Gerard Way, Kevin Smith, Neal Adams, Rob Liefeld, Dan Harmon, Cary Elwes and many more. Along with hundreds of booths and panels, North America’s largest traveling film festival, GeekFest, concluded its year-long campaign of visiting cons across the continent. Some of the world’s best cosplayers, make-up artists and prop makers amazed attendees when they competed on-stage at the Cosplay, Make-Up and Prop Making National Championships. Families from across SoCal enjoyed an unforgettable trick-or-treating experience at LA’s Ultimate Trick-or-Treat. Courtesy of Guitar Center, a coveted Gibson Flying V electric guitar signed by Stan Lee, Rob Liefeld and Marc Silvestri, was auctioned off for $1,500 to benefit the Boyle Heights Arts Conservatory.

“Watching our show unfold amidst a growing community of amazing fans has truly been an honor. Old friends, new faces and plenty of surprises has made 2016 our best year yet,” said Regina Carpinelli, Founder of Stan Lee’s Los Angeles Comic Con. “We appreciate the support of our vendors, exhibitors and sponsors in contributing to this year’s unprecedented success.”

“Los Angeles has proven itself once again as the world capital of entertainment with the unparalleled achievement of L.A. Comic Con,” said Keith Tralins, CEO of Stan Lee’s Los Angeles Comic Con. “With thanks to the Man himself, Stan Lee, for being LA’s true believer, we are excited to continue building our legacy in the many years to come.”
Posted by Monster of the Week.com at 4:27 PM No comments: 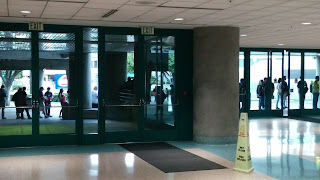 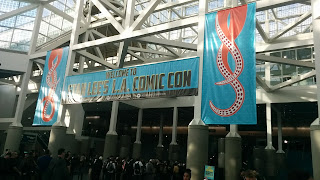 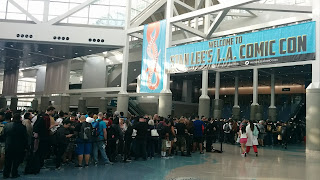 Partnering with comic legend Stan Lee himself and Elvira Mistress of the Dark, L.A. Comic Con is the only pop-culture convention owned and operated by true pop-culture icons.

Having attracted 91,000 fans from around the country in our sixth year, Stan Lee’s L.A. Comic Con is quickly growing into one of the most diverse and celebrated geek and pop-culture events in the United States. Our 2016 event housed over 700 diverse artists and vendors, selling exclusive, rare and limited editions of comics, collectibles, art, toys and other hard-to-find merchandise.

Our unique panels, autograph sessions and photo-ops give fans once-in-a-lifetime opportunities to truly interact with their favorite creators and major players in the entertainment industry.

The L.A. Comic Con team strives to make all your geeky fantasies come true! It is important that we create a cohesive community around our event. This truly is an event for the fans, by the fans. 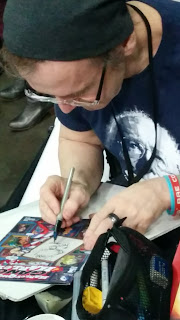 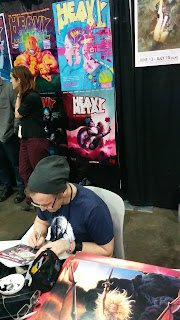 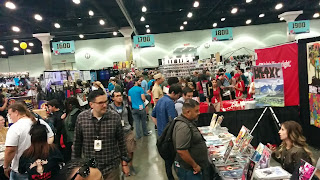