Why do we attend Comic Con? It’s mostly due to meeting the comic creators that do not show up at other Southern California shows. This year at the DC, Marvel, Dark Horse and Image booths we were able to meet and get signatures and sometimes sketches from creators such as Billy Tan, Siya Oum, Chrissie Zullo, David Finch, Jock, Marjorie Liu, Chip Zdarksy, Tom Yeates and Len Wein. 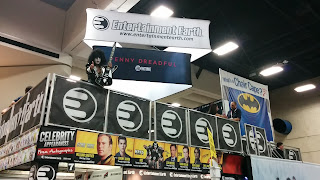 The Marvel booth is usually the busiest booth (non-product related) on the floor but this year with no movie premier event happening the location was more subdued though still traffic heavy.

There was a lack of big-name artists/writers appearing there and the usual people that appears such as J. Scott Campbell, Mark Brooks, Humberto Ramos either didn’t have appearances there or no longer even sketched for free. 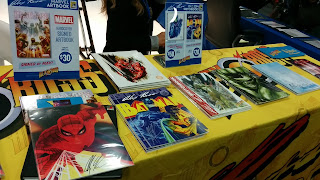 DC’s booth was split into two signing areas which did cause confusion with attendees at times when which table a creator would be appearing at was unknown causing line-ups for them to spiral into oblivion.

One of the quicker booths to get autographs and sketches was Dark Horse, possibly due to having some not-as-well know creators signing which caused be to go ahead and get in their signing queue since it was very quick and Dark Horse providing free posters or mini-prints for the creators to sign. 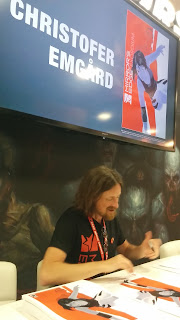 Image had a more wrist-band needed line-up this year (e.g. Chew, Snyder, McFarlane, etc.) but was a bit more easily obtained if you went directly to their booth once the doors opened. Fortunately Image had limits on the amount of wristbands they gave out which helped fans not get cut-off due to time limits of the creators.

IDW had some good signing events throughout the week and creators such as Mike Zeck and Don Rose appeared and signed happily for their fans. 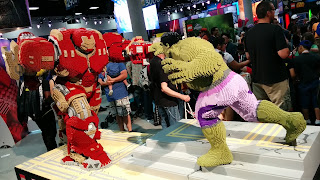 Posted by Monster of the Week.com at 3:26 PM No comments: