Comic Con Palm Springs has brought together some of the most passionate and talented people from the world of comic books and entertainment to produce an exciting new comic con in one of the most famous and fun cities in the world.

"We’ve spent years working, observing, and listening to what people want and sought from their comic con experiences. Not only working with talent and exhibitors, but also being passionate fans ourselves, we wanted to apply all the great ideas and suggestions everyone had – yours and ours together. Each year we plan to make Comic Con Palm Springs something special."
Posted by Monster of the Week.com at 6:20 PM No comments:

It's time to start planning your Fall convention schedule! Luckily, MAD Events have events on BOTH coasts to keep you geeking out well into November. Fan favorite Long Beach Comic Con arrives September 17-18th at the Long Beach Convention Center, providing fans with jam packed days full of programming, a sea of friendly cosplayers and a show floor full of artists and vendors that can't be missed. November 19th and 20th, MAD sets up in their own backyard for a second year of the New Jersey Comic Expo at the New Jersey Convention and Exposition Center! Our first year brought Jim Lee and a kid's corner with a massive PIRATE SHIP! How can we top that? Let's just say...plans are in motion! Here's a look at show highlights locked in so far...

More guests can be found on each website and more show features will be added right up til showtime!
Tickets for both events are on sale NOW. Hit the links above and grab them today!
Posted by Monster of the Week.com at 10:17 AM No comments:

Kevin Conroy and Loren Lester to Appear Together in Long Beach This September at Long Beach Comic COn!

The Voices of Batman & Robin Reunite at LBCC 2016

Appearing as the voices of Batman and Robin in the celebrated 1990's television series, Batman: The Animated Series, the two will appear at the LBCC for the first time together in a series of signings and a special Saturday panel, looking back at the series that remains a high watermark in animation nearly 25 years later!

Kevin Conroy holds the honor of having played Batman longer than any other actor in either live-action or animation. In addition to being credited for his two distinct voices for Bruce Wayne and Batman in Batman: The Animated Series, Conroy has voiced the character in the direct-to-video DC Universe Animated Original Movies: Batman: Gotham Knight (2008), Superman/Batman: Public Enemies (2009), Superman/Batman: Apocalypse (2010), Justice League: Doom (2012), Justice League: The Flashpoint Paradox (2013) and Batman: Assault on Arkham (2014). He returned to the role again for the 2015 Rocksteady Studios game, Batman: Arkham Knight.

"Looking forward to the chance to reflect on my work for Batman The Animated Series, as we approach the 25th anniversary of the landmark series at the Long Beach Comic Con" said Kevin Conroy.

Loren Lester appeared alongside Conroy in the landmark animated television series as Dick Grayson, better known as Robin, and as Kirk Langstrom (Man Bat) in Batman: Arkham Knight. He has also appeared as the voice of Hal Jordan (Green Lantern) in the DC Entertainment series, Batman: The Brave and the Bold, and as Iron Fist in Marvel's The Avengers: Earth's Mightiest Heroes and Ultimate Marvel vs. Capcom 3. Additionally, Lester has appeared in over 200 episodes of television including the cult favorite Star Trek: Deep Space Nine.

"This will only be the second time ever that Batman & Robin are at the same convention" notes Loren Lester. "I'm thrilled to be returning to see all my fans in Long Beach"

Conroy and Lester will appear throughout the weekend, and will revisit their roles as The Dark Knight and Boy Wonder on a special panel presentation of Batman: The Animated Series on Saturday September 17, in celebration of DC Entertainment's recently announced Batman Day.

Ticket prices will go up at the end of June, so don't miss your chance to save!

Kids 10 & Under get in FREE with a paid adult. Limit 2 children per paid adult.
Posted by Monster of the Week.com at 10:26 AM No comments:

Uncharted 4: A Thief's End & The Last Of Us Actor Troy Baker Coming To LBCC!

A prolific voice and motion capture actor, Troy is best known to video game fans as Joel in the hit game The Last of Us and most recently as Samuel Drake in Uncharted 4: A Thief's End.

In addition to his long list of video game credits, he also keeps very busy in the animation world. Troy has voiced characters on some of your favorite shows including Avengers Assemble, Marvel's Guardians of the Galaxy, Transformers: Robots in Disguise, Ultimate Spider-Man and many, many more.

Troy will be appearing in our Animation Island and will be available for autographs, photos and video. He will also appear on some awesome panels for fans to hear more about the world of video games and animation.
Prices
Autograph: $30
Photo at table: $20
Audio or Video: $40
Professional Photo-Ops: $40


Ticket prices will go up at the end of June, so don't miss your chance to save!

Kids 10 & Under get in FREE with a paid adult. Limit 2 children per paid adult.
Posted by Monster of the Week.com at 10:25 AM No comments:

The Los Angeles Comic Book and Science Fiction Convention is a great place to shop around, compare prices, and get the best deals. This 1-day event was held on June 5, 2016. 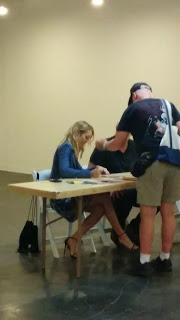 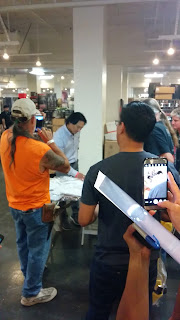 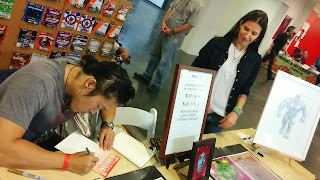 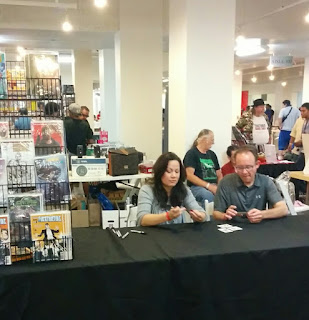 Posted by Monster of the Week.com at 5:16 PM No comments: Some very exciting news this week. Fan favorite and self described "Writer of Stuff" PETER DAVID will be making his very first trip to the Long Beach Comic Con - September 17 & 18 at the Long Beach Convention Center!

We've wanted to have Peter as a guest for quite some time and we're happy to say he had the room in his busy schedule to join us for the 2016 LBCC!

A prolific writer Mr. David's work include a beloved 12 year run on The Incredible Hulk, as well as runs on Aquaman, Young Justice & X-Factor.

And then there's his many, many novels that include movie film adaptations, media tie-ins, and original works.

Ticket prices will go up at the end of June, so don't miss your chance to save!

Kids 10 & Under get in FREE with a paid adult. Limit 2 children per paid adult.

Posted by Monster of the Week.com at 10:22 AM No comments: 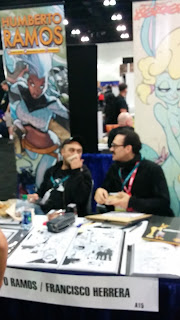 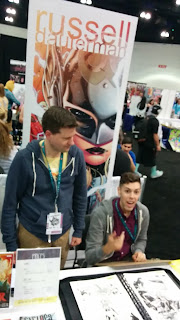 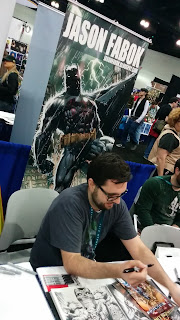 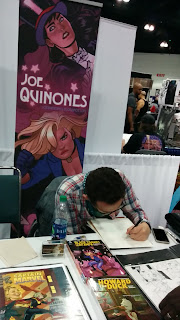 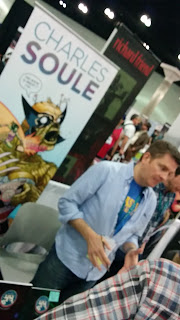 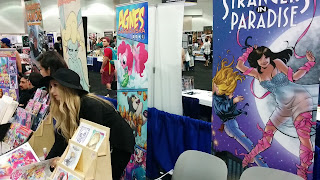 My Little Pony artist, Agnges Garbowska at her booth 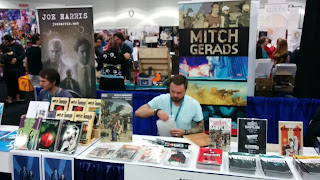 Sheriff of Babylon artist Mitch Gerards finishing up the day

Posted by Monster of the Week.com at 8:00 PM No comments: