Steve Epting the Co-creator of Winter Soldier & Image's Velvet, Artist - Captain America, The Avengers, X-Factor, Aquaman, Fantastic Four is now scheduled to appear at this year's Long Beach Comic Con 2016.
Posted by Monster of the Week.com at 10:29 AM No comments:

LAST Chance to Save BIG! for Stan Lee's Comikaze Expo 2016

Posted by Monster of the Week.com at 10:21 AM No comments: 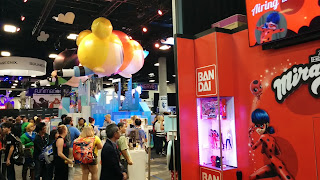 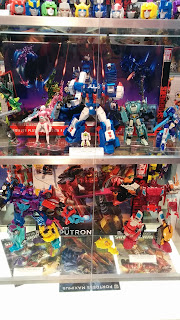 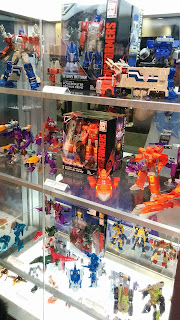 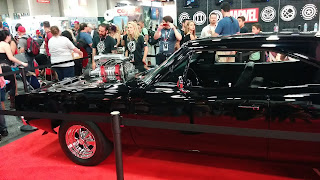 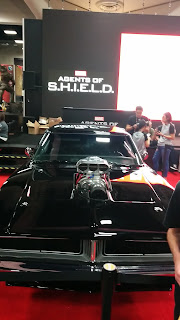 Agents of Shield about to get Hellish 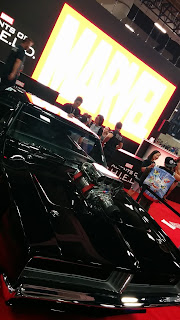 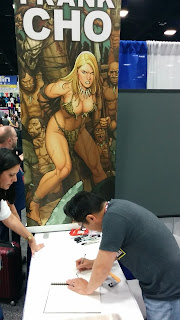 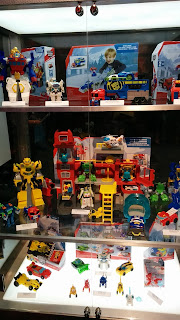 Posted by Monster of the Week.com at 5:32 PM No comments: 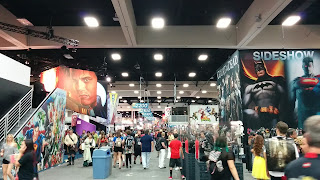 Trying to get around the convention hall is a terror 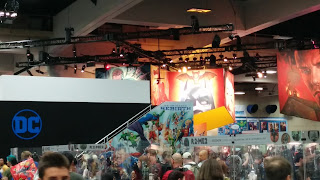 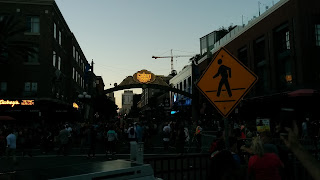 Crowds rolling into the Gaslamp district 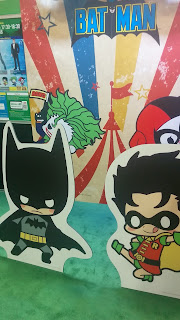 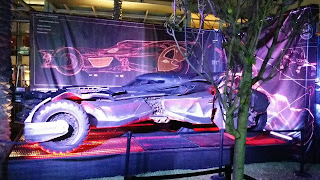 The Batmobile at night 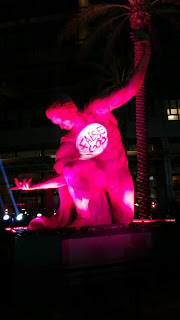 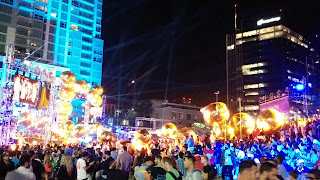 The MTV party at Petco Park 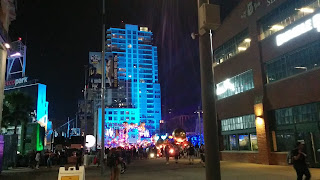 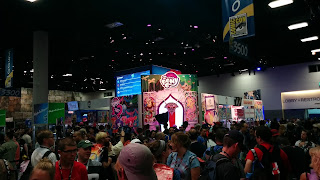 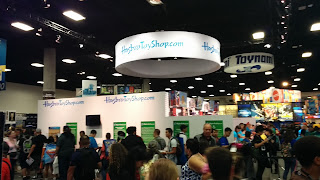 Lines to get exclusives

Posted by Monster of the Week.com at 5:32 PM No comments:

The annual craziness that is San Diego Comic Con 2016 has begun. No other comic book related event in North America is like it! 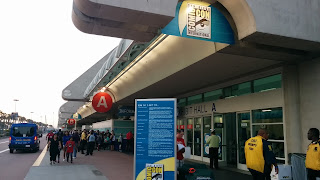 Outside the San Diego Convention before the ruckus begins! 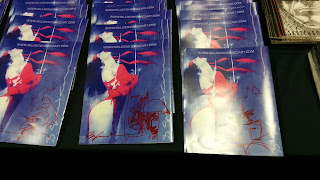 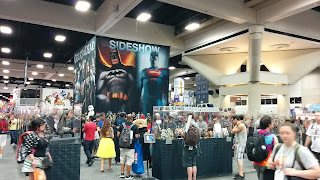 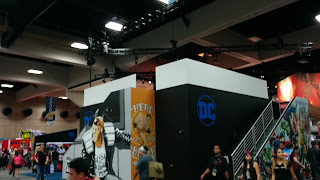 Fans gearing up near the DC Comics area 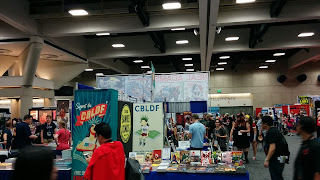 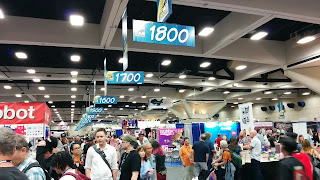 Rows and rows of stuff and things to buy

Posted by Monster of the Week.com at 5:27 PM No comments:

Nick Spencer and Joe Eisma Celebrate 50 Issues Together in Long Beach This September!

Two months before Long Beach Comic Con returns to the Long Beach Convention Center, and MAD Event Entertainment is pleased to announce the addition of Nick Spencer and Joe Eisma, the team behind the critically acclaimed Image Comics series Morning Glories to this year's show!

In addition to his long running original series at Image, Nick Spencer is recently known for his Captain America: Steve Rogers series, which has had fans and critics alike talking for months. Spencer has also previously worked on multiple titles at DC and Marvel respectively, and is the creator of Bedlam and Thief of Thieves at Image.

Spencer and Eisma will appear throughout the weekend, and together on the Image Comics panel on Saturday September 17 at 2 pm!

Kids 10 & Under get in FREE with a paid adult. Limit 2 children per paid adult.
Posted by Monster of the Week.com at 10:27 AM No comments:

ONCE IN A LIFETIME OPPORTUNITY FOR G.I. JOE FANS AT THE 2016 LBCC!

Now it's getting even better! We are thrilled to announce the addition of Zack Hoffman the voice of Zartan!

The JOE's will be appearing in our Animation Island all weekend, as well as, panels on Saturday & Sunday.

In addition to meeting and signing autographs for the fans all weekend we are happy to offer a once in a lifetime photo opportunity with all six of our G.I.JOE guests. A professional photo with six heroes and villains from the classic TV show. A must have for any hardcore G.I. JOE fan!

Epic Photo-Ops, the convention photo pros, will be on hand all weekend to capture the moment and print it up for you on site! You can get a digital copy too! Bring your friends for the ultimate group photo!

Make a memory. Get the pic. For more info Click Here.

Kids 10 & Under get in FREE with a paid adult. Limit 2 children per paid adult.
Posted by Monster of the Week.com at 10:27 AM No comments:

Alex Ross Fine Art is proud to announce that for the first time, his booth at the San Diego Comic Con will allow all fans to walk through, view and purchase art. The two story booth will also be bigger than ever before, doubling in size from the previous years.

The booth (#2415) was designed by Plus+Studios. It is set to feature some of Alex’s classic work and will offer some fantastic exclusives for the convention, including:

Fans of the “Fab Four,” will be pleased to know that making its SDCC premiere are the highly anticipated Beatles Yellow Submarine portraits. The portraits made their public debut last spring at The Mirage Hotel in Las Vegas.

For you Flash Gordon fans, Sam Jones, star of the 80’s cult classic film will be signing at our booth on Thursday, July 21st from 12pm to 2pm. Sam will sign Alex's Flash Gordon Anniversary Giclee on Canvas Print and a SDCC Exclusive Flash Gordon Lithograph.

Interview opportunities are available upon request. Jpegs of the new booth are included in the press release.

Secondly, The Hollywood Science Fiction Museum is back once again. Every year Huston Huddleston and his team have brought some amazing props to Comic Con, from Tardis to legendary Star Trek Captain's Chair. This year, along with the Captain's Chair and smaller props, the museum is proud to bring The Borg Alcove, made famous by Patrick Stewart and Jeri Ryan in both Contact and Voyager.

Fans are always welcome to take pictures and interact with props. The museum will be at booth 4036. Interviews are also available with Huston upon request.
Posted by Monster of the Week.com at 6:19 PM No comments: 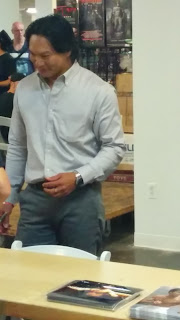 Back to the Future II and Jungle Book actor, Jason Scott Lee posing with fans 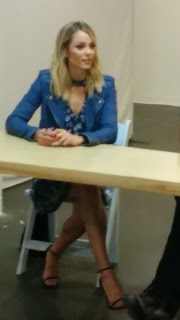 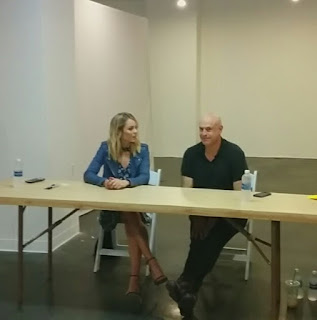 Posted by Monster of the Week.com at 5:22 PM No comments: